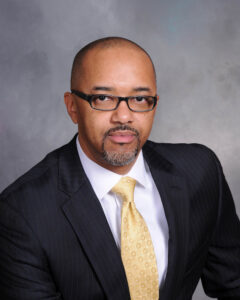 Damon began his entrepreneurial journey on the heels of The Great Recession in 2009. In the midst of economic uncertainty, he realized that written communication remained a necessity for organizations of all sizes and scopes. He leveraged his expertise and reputation within the automotive industry to help the United Auto Workers streamline communication to its members while also assisting Detroit-based automotive suppliers with similar communication strategies.

In addition to penning communication for busy corporate executives, Damon’s writing also chronicles the need for improved equity and inclusion in the American corporate infrastructure. One of his most significant roles is working with Rev. Jesse Jackson and the Rainbow PUSH organization’s Global Automotive Project. Every year since 2011, Damon has written a research document that chronicles, from one perspective or another, the ways in which automotive manufacturers can improve access to opportunities for African Americans at every level of the industry.

Damon also conducted extensive research while developing and writing an 85-page booklet for the UAW’s National Ford Department. The booklet chronicled the 75th anniversary of the union’s partnership with Ford Motor Company. Additionally, Damon teamed with one of the nation’s top African American entrepreneurs to write a 20-page research document about the need for more entrepreneurs of color amid the ever-changing American population from a white-majority nation to a majority-minority nation.